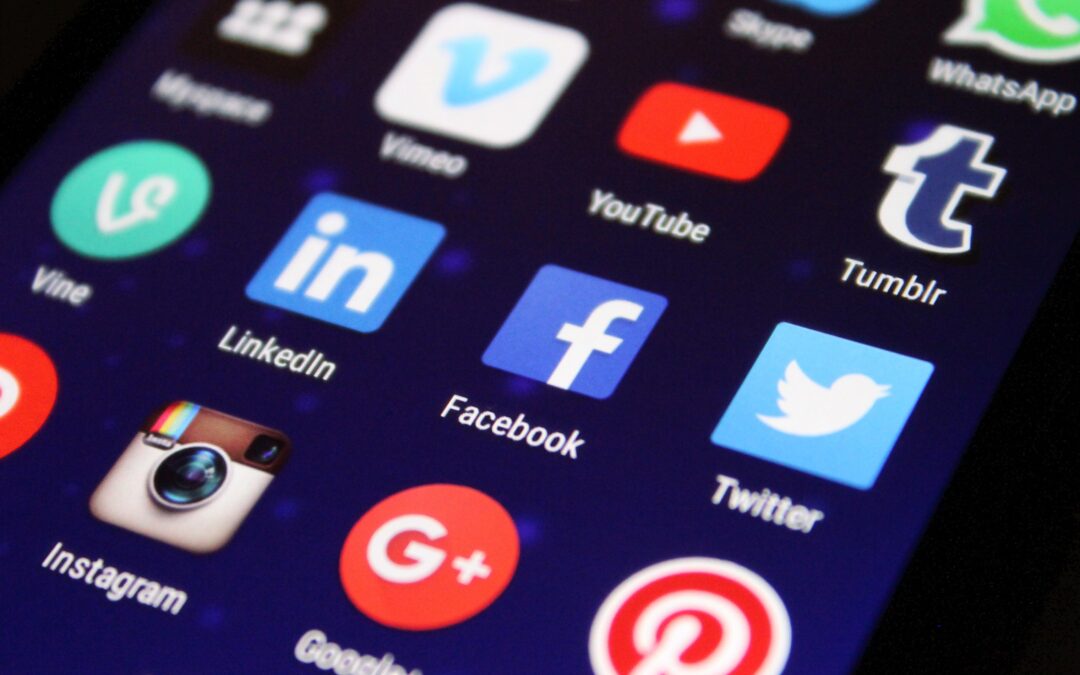 According to various sources on Wikipedia the Facebook social media platform has risen from just over one million active users in 2004, to over 2.4 billion in 2018.

Based on wiki’s research the highest users in 2018 were in India, followed by Indonesia, Brazil and Mexico. Region-wise, the highest numbers of users are in Asia-Pacific (947 million) followed by Europe (381 million) and US-Canada (242 million). The rest of the world has 750 million users.

And the percentage of users under 34 declined to less than half of the total over the 2008-2018 period. Maybe young people are smarter.

In 2010 when I started on Facebook it was fun.  I learned quickly how to use the platform, and not to post too much that was personal or I’d be hit by “fake” profiles of men wanting to be my “friend”.

I learned that not everyone is who they seem to be so I developed a few rules.

Today I have 773 friends, and 243 followers. As authentic connection is one of my values for life and my business, I’m proud to say if you are my friend, I probably remember where we met, and how I know you.  Part of my quirkiness is that I remember details.

Are you looking for a connection?  Chances are pretty good I know someone who fits the bill.  Try me?

Because I know most of my “friends” reasonably well, I started to call it Fakebook over time, because the pictures and energy from some posts didn’t match what I knew to be true of the people who posted them: happy families where there was truly unhappiness; business success where there was struggle; healthy lives where there was actual sickness and despair.

I don’t think I’m alone in this train of thought.

I may have to change the name to Hatebook.

Have you noticed it too?

Every day I see people hating on each other.

People who are supposedly “friends” with each other.

Serving up contempt, disapproval and downright disregard for their fellow humans.

The topics vary.  The energy doesn’t.

I watch and read, and I feel sick to my stomach.

Is this what our world is coming to?

Slamming someone because they make a choice we don’t agree with.

Arguing and name calling because a comment doesn’t match our values.

Let’s evolve to a species of “conscientious objectors”?

Lovers instead of haters.

And don’t think it’s not happening at a bigger level.

Former Facebook executives are even coming out to express their guilt and concern at the practices and data collection of Facebook and other social media companies who “exploit a vulnerability in human psychology”.

What can we do?

Just like regular “in person” relationships, we have a personal responsibility to look at who we are “being” inside our relationships.

I want us to move towards life as an “open-book”, accepting that others have fears, worries and stress (just like us) which we cannot begin to understand.  Opening our hearts to come from curiosity instead of contempt about our fellow humans.  From acceptance instead of alienation.  From love instead of hate.

My challenge to you is to think about who you say you are, and who you want to be.

And be that in person, and online.

You may find yourself walking away.  Just like in real life I’ve watched people I trust and admire get off Facebook recently, and leave that connection in my life.  And quite honestly, it’s a sign of the times.

Would you join me in an experiment?

For the next month I’m choosing to remain on Facebook, and I will be posting something inspirational, educational and/or interesting every day to both Instagram and Facebook to see what kind of interaction I get.  Let’s see if we can get the energy to change.

And if we’re not friends on Facebook yet, send me a request with a message.  That way I will say yes.  Or call me , I always prefer the real thing. 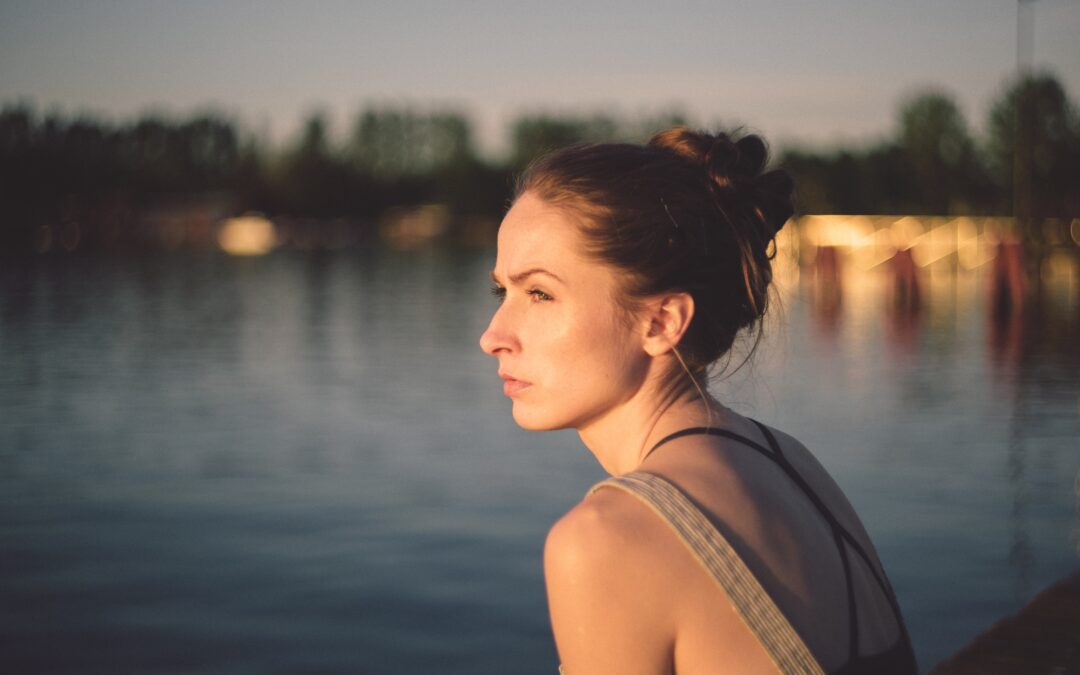 What to Do When Everyone Else is More Important

“So … what do you want?” I ask my boyfriend one Saturday night a while back.  And immediately, of course, he’s got an answer.

He offers me another choice, and again I say “no, I don’t want that either.”

He probably thinks “third time’s a charm” so he comes up with another choice.  He’s very resourceful, but I’m quick to reject that too. Looking at me somewhat confused, I see his brow furrow and his eyes get small.

This wasn’t a new scenario when we were ordering take out.

Or anything else for that matter.

I hesitate.  I don’t say anything, and instead of answering him, I get the local take out menus from the kitchen drawer.  As I lay them all out in front of him I half-hardheartedly suggest a local Thai restaurant and I tell him quietly, like it’s an apology …

“Oh, so you want Thai?”  he asks curiously. “Do you want mango salad?”

And as he looks at me and smiles with his big brown eyes, I’m sure inside he’s likely thinking to himself “good grief woman, would you decide what you want, for Pete’s sake“?

But instead, he says nothing, because he’s too kind for that.

His voice is full of love, sprinkled with a healthy dose of exasperation, exclaiming loudly and as if there’s an audience watching,  “Finally!!!!  Finally she tells me what she wants” and then he laughs, and pulls me close.

“You just had to tell me what you wanted“.

It’s easier said than done if you’re used to making sure everyone else is happy.

Maybe you too have a hard time asking for what you want.

It could be like me with take out food, or a bigger deal, like asking for a raise at work, or even something as intimate as what you like in the bedroom.

Those of us who are too busy making sure everyone else’s needs are met, are worried that others won’t like us, or be happy, if we speak up.

Are you afflicted with the “Everyone Else Is More Important” dilemma?

Last week my daughter and I were going to watch a movie together.  We narrowed down the selection to 3 movies and she asked me “so, what do you want to watch Mom“?

This time I answered quickly.
Confidently.
With finality.

“Let’s watch National Treasure.  I like that movie.”  “Oh good” she said “that’s the one I wanted to watch too“.

The apple doesn’t fall far from the tree.

As a parent, you can be sure your kids are using you as their role model. And this is super scary, if you’ve got the “Everyone Else Is More Important dilemma” going on.

Because they will grow up to be just like you.

Catering to everyone else.

At work, in relationships, with lovers.

If you’re scared to speak up, I get it.  I’ve been there.

I know how to change this.

And I’ve got your back.

What is it you really want, but don’t get in life.  More money, better sex, fun?

Now more than ever, you don’t want to waste any time not getting what you want.

‘Cos time is tickin’!  Everything is speeding up and you need to get moving, before it’s too late.

Working with me as your mentor and guide, we’ll create the lifestyle you want, using an in-depth discovery process.  (We will also be assisted by my many, and varied, spiritual healing and channeling resources).

It might take 3 months, it may even take 6 months to get this, but that’s nothing compared to how long you’ve been dealing with this dilemma.

And I can guarantee if you make yourself a priority now, life will be different and easier in the future.

And you’ll be confident, clear and empowered.  And getting what you want.  And people will still like you.

So let’s get you whatever it is that your heart desires. Even if it’s just your favourite takeout!

How to Get People to Do What You Want.

Why limit it to the workplace … let’s get real, what about family members, lovers and children too?

Stress comes in many forms, and the biggest place we experience stress is in relationships.  When the people we work and live with don’t meet our expectations, we get frustrated, angry and disappointed.

And don’t think the feeling isn’t mutual …it is.

What if, instead of judging someone about what they do, we thought “I bet that person has a very good reason for doing what they do. I just don’t know what that reason is?”  When we don’t know their reason and I can assure they have one, we make one up.  The problem is the reason we make up, is often highly inaccurate.

What should we do?

”I notice when you (whatever they do)… I feel (emotion) …and the impact on me is ….(whatever happens to you).

Eg. I notice when you arrive late, I feel frustrated and the impact on me is I become afraid you’re not coming.  (Even if you’re really thinking “why can’t they get their act together and come on time?”)

“When you check your cell phone during our conversation, I feel aggravated, and the impact on me is I get distracted from my train of thought and lose my focus.  (Even if what you’re really thinking “this person is so rude”.)

The more you can be neutral in your dialogue the more relaxed you and the other person will be. Do not come from a place of blame. Make your statements as matter of fact as you can. Once you’ve used the above statements, move forward in the conversation with the following:

This strategy is great for work, and home. Stating our needs, wants and expectations with our loved ones means we may not always get things to go exactly the way we want, but we can begin to slowly shift patterns and habits and improve our communication skills one conversation at a time.

Sometimes the best course of action is just letting go.  There is only so much we can control.

Trust that you are doing the best you can.  Trust that others can take care of themselves?  Trust yourself first and do what you can.

And know when it’s worth having the difficult conversations.  Ask yourself “how important is it?” Ask for help. Set boundaries. Communicate with those who need to know what’s going on. Don’t make the other person wrong or you right. Instead just state the facts in a way that expresses what you need. Watch, learn and always be curious.

Cookies We employ the use of cookies. By using BOSIE INTERNATIONAL's website you consent to the use of cookies in accordance with BOSIE INTERNATIONAL’s privacy policy. Most of the modern day interactive websites use cookies to enable us to retrieve user details for each visit. Cookies are used in some areas of our site to enable the functionality of this area and ease of use for those people visiting. Some of our affiliate/advertising partners may also use cookies.OkPrivacy policy